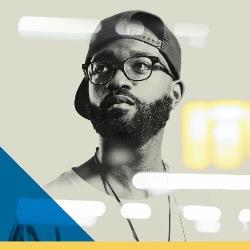 Inua Ellams is a poet, playwright and performer based in London. His plays have won a Fringe First award at the Edinburgh Festival and been staged at the Unicorn and the National Theatre.

As a poet, he has guest performed at music festivals as well as at many other prestigious venues including the Southbank Centre, the Albert Hall and the Barbican, as well as at the Apple Store in London’s Covent Garden.